Came from Fossacesia, Italy. The Cuomos had long been tailors. 'Tony' broke with tradition to become a shoemaker,.

He emigrated to the US when he was 16. Possibly illegally. Definitely didn't come through Ellis Island, but rather Toronto to Buffalo, then Rochester, NY.

He served in the US army during world war II even though he was not a citizen. He was honorably discharged for some problem with his breathing. He was granted citizenship after his time in the army.

When I was a toddler, I call him "doot-doo" after the sound of his hammer, working on the shoes. And we all called him that thereafter.

His shop was in the front room of the their house, on Moran Street, Rochester New York.

In the mid 1970's, after my parents split up, he was assaulted in his shop. He eye was carved out and his throat was slit. Luckily my uncle Michael found him and his life was saved. He had a glass eye from then on.

His didn't speak much English (Italian being his native language) but he smiled a lot and radiated warmth. 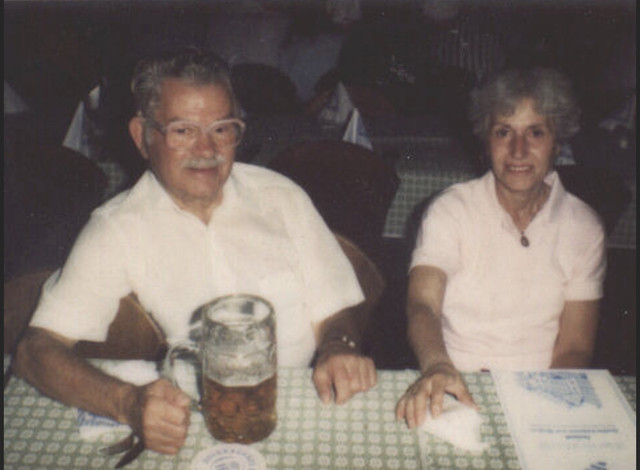